The Most Notable Sports Achievements, So Far

Sports offer an array of benefits. Start your kid young with any kind of competitive physical activity, and they are bound to be achievers, leaders, and healthy people. For adults, practicing any sport clears the mind, improves the body, and builds confidence.

The advantages grow when you’re triumphant in a game, for instance, winning the coveted championship trophy in ice hockey or nabbing the shiny, custom belt buckle for rodeo bull riding. But for many athletes, the result of intense training isn’t represented by the trophy or the belt. For the few super athletes, the achievements themselves carry the biggest reward.

What are the most outstanding achievements in sports?

It sounds like nothing, right? Not when you consider that 100 meters are about the length of a football field. To the fastest man alive, running that distance is doable. Usain Bolt achieved the seemingly impossible during the 2019 IAAF World Championships, completing the 100-meter dash in 9.58 seconds.

The average man can make that run in 27 seconds and the average woman in 34 seconds.

Many have attempted to reach what the retired Jamaican athlete has achieved, practicing new techniques from plyometrics to jump training. So far, one man could be in the running to catch up to Bolt: Lamont Marcell Jacobs.

The Italian athlete clocked in 9.80 seconds during the 100-meter run in the Tokyo Olympics.

Four Gold Medals for One Man

Many athletes must overcome a barrage of obstacles to achieve their goals. In 1936, those obstacles took a whole new meaning when Jessie Owens had to compete in the Olympics—in Nazi Germany.

Under Hitler’s watchful eye and contending with the Nazi’s concept of inferior races, the track and field athlete went on to win the gold in four events: the 100m and 200m dash, the long jump, and 4x100m relay. Owens must’ve thought, “Superior, what now?”

Baseball, the all-American game and considered the ninth most difficult sport, has created some legends. One of them is Joe DiMaggio. DiMaggio still holds one of the hardest to beat records in baseball history: a hitting streak in 56 games. From May 15 through July 16, 1941, DiMaggio was on a roll with the New York Yankees.

No one in this era has ever come close to that unbelievable streak, which is deemed a statistical impossibility. 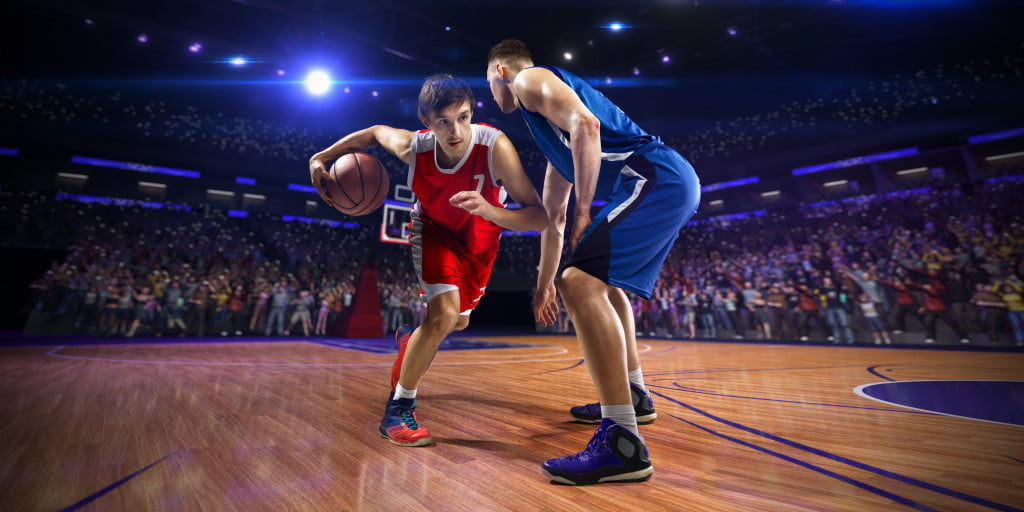 Wilt Chamberlain of the Philadelphia Warriors scored 100 points in one game against the New York Knicks in 1962. To this day, no one in the NBA has beaten that record.

The former track and field athlete achieved his astonishing feat in the 1956 Olympics in Mexico, where he jumped 29 feet or 8.90 meters. What is 29 feet? It’s the length of a typical school bus. When Beamon made his jump, he hadn’t yet realized just how far he’d reached. Only when the Olympic officials found a measuring tape did the athlete discover his great achievement.

The record was held for 23 years. In 1991, Mike Powell reached 8.95 meters during the World Championships in Tokyo.

The eighth most difficult sport is considered to be gymnastics. And it’s easy to see why once you’ve sat through one routine. The body-bending, gravity-defying aspect of the sport is so challenging that scoring a perfect seems impossible.

But not to Nadia Comaneci.

At 14 years old, the athlete managed to land a perfect 10 at the Montreal Olympic Games in 1976. She did for the uneven bars, and she went on to score the same in seven other events. Since Comaneci’s feat, gymnasts have nailed the perfect score easily.

It’s daunting enough to climb a rock that looks as though it’s touching the clouds. But imagine doing it without ropes. Alex Honnold holds what is considered to be the most remarkable feat in rock climbing—pure rock climbing. Using only his hands, the California native managed to climb El Capitan in Yosemite National Park in three hours and 56 minutes.

This heart-racing achievement was captured in “Free Solo.”

So many other achievements have been made in sports. These are just the tip of the iceberg. As long as human beings continue to forge ahead, making the near-impossible doable, such superhuman achievements will continue to occur.