The Transformative Power of Technology in Agriculture

Agriculture is an important industry because agriculture makes up a large portion of the GDP in many countries. In addition, agriculture provides food for millions of people around the world.

In America, agriculture has been a key part of the economy since before the founding fathers. At present, technology has been a powerful and transformative force in agriculture. It’s not only changing the way we grow food, but it’s also increasing efficiency and productivity to unprecedented levels. From tractors to pesticides, technology is continually evolving agriculture and helping it grow at an unprecedented rate.

How Agriculture Benefits from Technology

In the past, farmers had to rely on their own hands and physical labor to farm crops. It wasn’t until the 1800s that technology began changing agriculture as we know it today. Today, there are so many types of agricultural technologies available for farmers all over the world. Greenhouses and hydroponics provide a way to produce food in climates where agriculture is difficult or impossible without technology.

Agricultural technology now focuses on increasing productivity to unprecedented levels. Non-farming technologies are also used in agriculture today as well. Precision agriculture has made its way into the farming industry by using GPS systems that allow farmers to use exact amounts of fertilizers and pesticides. This reduces the negative environmental effects of agriculture while increasing crop yields.

Technology has transformed agriculture because it can help farmers increase their yields and decrease costs associated with farming. Most agricultural loans nowadays are directed towards farmers purchasing the latest technologies.

Technology has made agriculture an intelligent industry that is constantly improving for all involved parties. Whether it’s a farmer in Kenya who uses mobile technology to receive market prices instantly or NASA developing new ways to grow food on Mars, technology will continue changing agriculture forever.

Below are examples of how technology has helped the agricultural industry thrive over the years:

Innovative technologies like driverless cars, automated tractors, and drones are making agriculture more productive. This is because they can work longer hours and with more accuracy than ever before. Aside from these machines, more inventions are coming out every day to help farmers accomplish their tasks more effectively.

For example, agriculture technology company Blue River Technology has created a robot that can thin out lettuce plants by identifying which ones need to be removed based on their size. This process was once done manually but is now being completed through automated technology in less time. 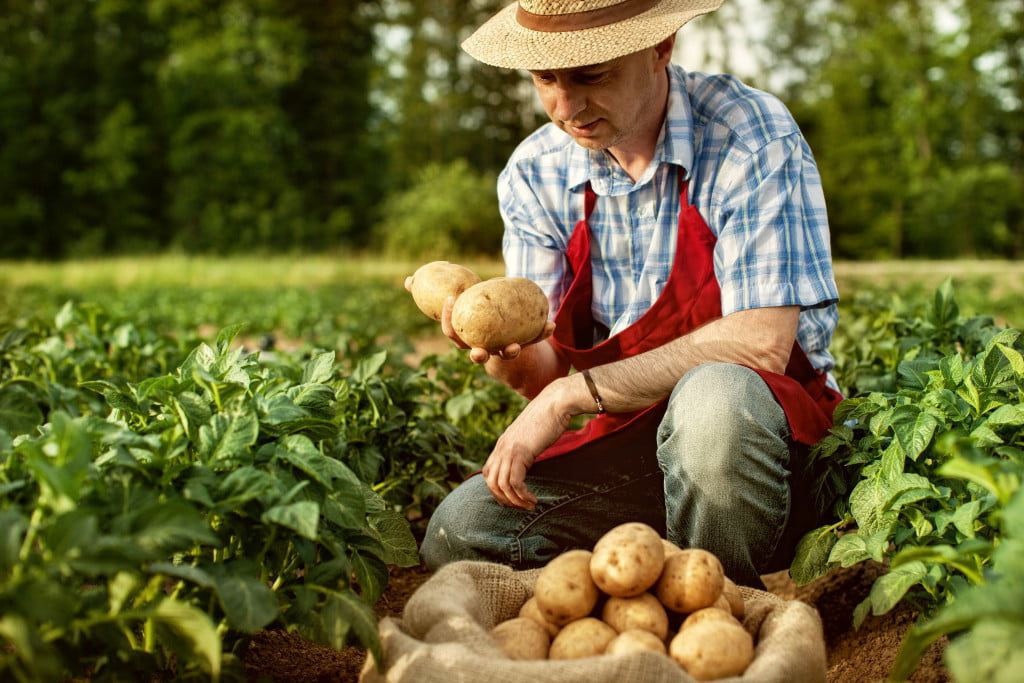 Machines are being programmed to make better decisions on the fly by utilizing data collected from previous farming seasons. As a result, farmers are now more capable of making complex decisions without relying on gut instinct. This is a major change from the past where farmers were forced to make important, life-changing choices with little or no information at their disposal.

Technology has also helped agriculture in other ways than just speed and efficiency. For example, the agriculture industry has benefited from technology regarding food safety and sorting produce. Technology is now being used for more accurate labeling. This gives consumers confidence that they get what they paid for while protecting farmers by eliminating any confusion or misinterpretation with the products they sell to the public.

Data gathering is an important task for agriculture. Without knowing how much rainfall an area has had or the soil quality, it would be challenging to know which crops will do best in that region. Technology allows farmers to gather this data more accurately and efficiently with tools such as drones equipped with cameras to take pictures of land from above. This also helps them to avoid causing any environmental damage due to agricultural activities.

As a result, agriculture is becoming less about guesswork and more about facts. Also, because agriculture has become a data-driven industry, it’s easier than ever for farmers to calculate which crops will give them the most financially viable output.

With all these new advances, it is clear that we already see the benefits technology brings to agriculture. As time goes on and more data has been collected about how best certain crops can be grown in different areas around the world, agriculture will become even more transformative.

These technological advancements have helped agriculture become a more efficient and safer industry, but these improvements will need to be sustained for agriculture to continue moving forward. As technology becomes pervasive in every aspect of our lives, agriculture mustn’t fall behind as this would result in higher food prices and less variety at the grocery store.

The future of agriculture will depend on what new technological advancements are made. Still, agriculture can only progress if people understand the importance of agricultural technology and how to use it properly.