Suppressing the Fire: How to Fight Different Intensity Levels of Bushfires

The Australian bushfires ravaged vast areas, burning down an astounding number of flora and fauna alike, driving indigenous creatures close to extinction in just a short period of time. The weather didn’t help; a drought dried up everything, making it easier for the fires to burn through grasslands, thickets and forests. It took very little to transform a small blaze to a ravaging catastrophe of epic proportions. The people had to respond, using every known method for fire suppression possible. From simple hand tools, to water bombing airplanes and tankers, we saw how hard it was to truly control a bushfire of this magnitude. For greater context, here are some of the different types of suppression strategies that could be done during these times. We’ll talk about strategies that vary depending on the fire intensity, measured in kilowatts per meter (kw/m).

Fires falling under 800 kw/m are small bushfires usually tackled by the local firefighters. They’re suppressed using hand tools like axes, chainsaws, rakes and more, coupled with constant water support. The firefighting team would first try to isolate the fire by cutting down the trees and other plant life in its path. This cuts the fuel source and contains the fire so that it doesn’t spread to other areas. Water support can be done using standard firefighting pumps, which propel water over a considerable distance and cover large areas. This is possible through liquid ring vacuum pumps, which produce stable and reliable results thanks to their industrial-grade performance. These pumps are also tough and reliable, so you don’t have to worry about these breaking down on you during crucial operations. 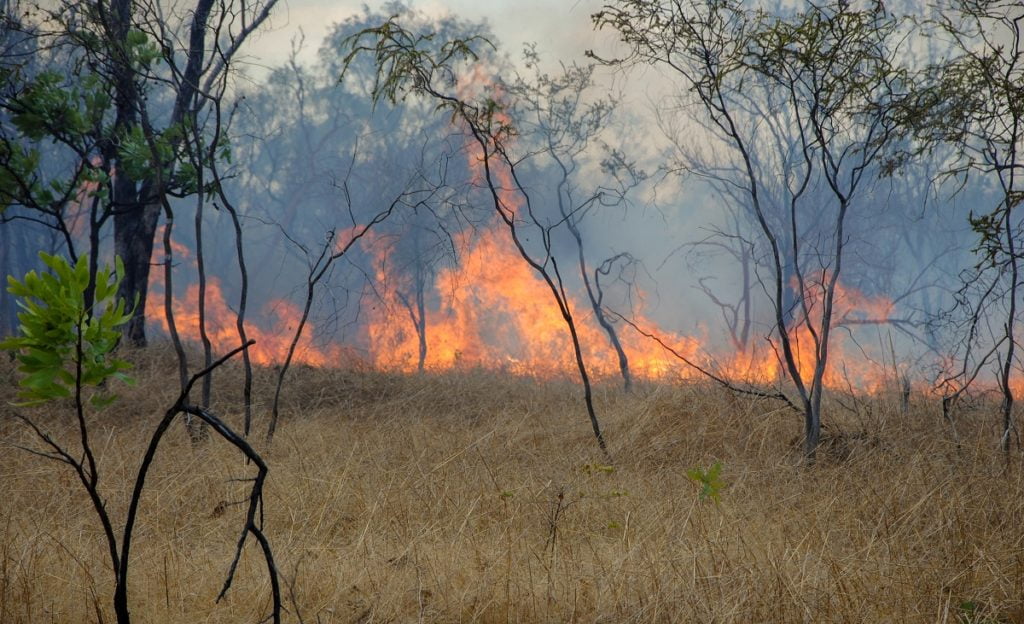 If you’re dealing with bushfire that has an intensity rated at around 1,000 to 2,000 kw/m, simple hand tools and water support won’t be enough. You need to directly attack the flames using machines, water bombers, and tankers in hopes of suppressing the blaze right then and there, so that it won’t grow bigger and stronger as it consumes more of the land. Tankers can focus their fire on the moving fire itself, using high pressured pumps to blast several hundreds of liters of water in just a short amount of time. The aim is to squelch the flames before they spread, because the further the blaze moves, the stronger it grows, and the bigger the trail of destruction it leaves.

If you’re not able to control the fire using direct methods, it is possible that the fire intensity is somewhere between 2,000 and 3,000 kw/m. Instead of attacking it head-on, fire fighters need to address it indirectly. They need to think several steps ahead and predict where the fires would spread. Indirect attacks include building wide fire breaks, water bombing the fire’s path

Unfortunately, if the intensity is at this level already, it’s already considered insuppressible. The likely course of action now is to contain the fire flanks to protect the lives and property and ensure that everyone in the path is safely evacuated.