A personal communication device where all our information and necessary details are stored is something straight out of a science fiction novel. But we’re living in a reality where such devices are genuine and typical. Approximately six billion people worldwide have smartphones in their pockets or bags. You might even be reading this on a smartphone.

It’s safe to say that the arrival of smartphones has changed the global landscape significantly. But what value does the smartphone hold, and what is its importance in society?

However, business people (the earliest adopters of PDAs) still utilized the PDA, as it had much business-specific software. As cellphones evolved into smartphones, they eventually overtook PDAs as the gadget of choice for business people, as they can replicate many of the functionalities a PDA does.

Today, in 2021, many teenagers aren’t even aware of what a PDA might be. Smartphones have replaced the trusty gadget to the point that it’s being called a merging of the two. This is closer to the truth but is not the complete picture. PDAs still exist, with a very niche community of users. But the number of people using their smartphones as a digital assistant gadget far outnumbers those still using PDA. This makes smartphones the dominant choice for organizing daily activities and primary means of communication.

Stronger than Your Computer

Do you remember computers from the early 2000s? They’re big, clunky, and relatively slow. This is a stark contrast to the computers of today: sleek and ultra-fast. What’s even more surprising is that the average smartphone that fits in the palm of your hand functions even faster than computers from 20 or even just ten years ago. Indeed, smartphones have jumped in quality to levels that are essentially unheard of.

Your average smartphones also have the function of a computer: sending messages through emails, going online and roaming the internet, or even creating documents and spreadsheets. And thanks to the ever-improving software development, many smartphones hold highly efficient and instinctively designed software. These apps aren’t just for one-off mobile use. Many of them are becoming serious contenders to standard desktop applications, rivaling desktop computers for professional use.

A Tool for Every Job 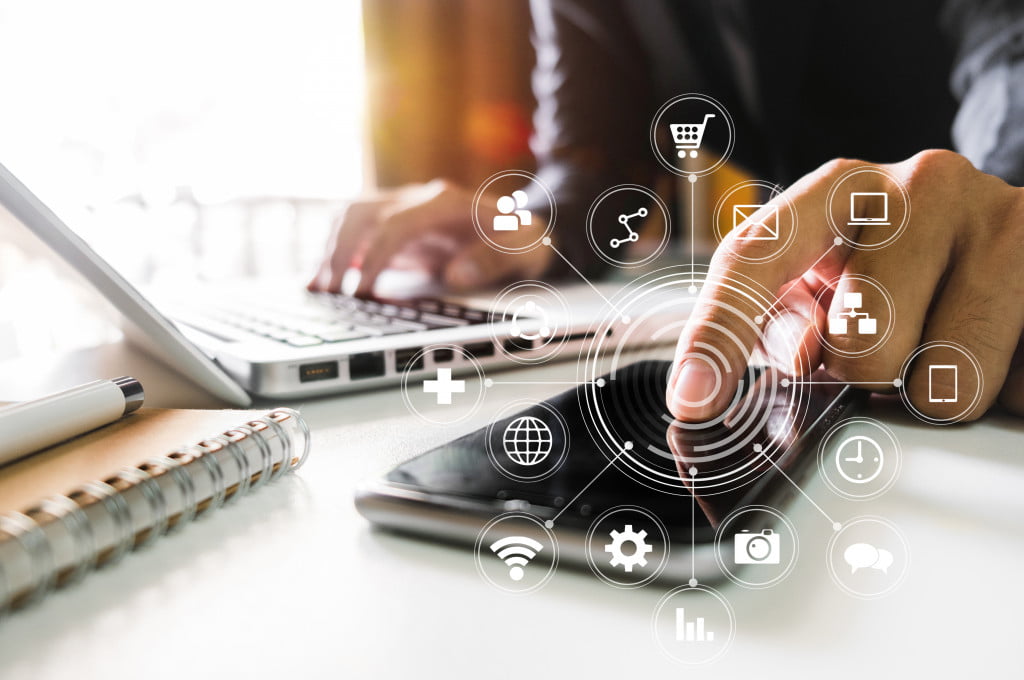 Because smartphones are essentially supercomputers in our pockets, different industries often find other uses for them. A smartphone can perform a wide variety of tasks, as long as it’s adequately programmed, essentially making a skeleton key to any job locked away by tool requirements. Industry professionals from different backgrounds need to install an app that will let them do the task required of them.

Take, for example, service industries often utilize smartphone apps to provide seamless software for their clients. And service professionals have similar apps, only with administrator privileges. Even a smartphone’s more practical uses find specialized use.

Product photographers can now use the latest models to take highly convincing photos. Even professional music creators sometimes use a smartphone or a tablet to mix music. Of course, industry-specific tools still exist. It’s simply that a smartphone can add to their experience by providing a convenient alternative should they need it.

With every iteration of smartphones, the newest release comes considerably more substantial than the last. And it’s not just limited to smartphones: the whole ecology of web-based, portable computer systems is significantly improving by the day. A world that’s exclusively dominated by smartphones as the primary device isn’t too far off.

Almost everyone in the world has a smartphone, many of our day-to-day activities are accomplished through a smartphone, and society cannot function without it. Smartphones designed to work as portable devices and desktop computers are constantly being developed. Many premium phones have this ability, effectively removing the need to have a separate personal computer.

So what’s next for the world and its favorite gadget? The stars are perhaps the limit. As more businesses move to a digital platform and financial technology is becoming more reliable, companies in commerce will likely move online even more.

The computing power of smartphones is constantly increasing. This aspect rivals desktop computers while offering a “docking option” to use your smartphone as a computer CPU of sorts. The future is looking bright for smartphones, and it makes everyone excited for what is to come.