Giving Power Workouts a New Meaning: What MCU Actors Do to Physically Prepare for Their Roles

When you think of superheroes, the first thing that comes to mind is they’re in incredibly great shape. Not only are they good-looking and have great resolve in protecting and saving the universe, they’re ripped, too.

Seeing these heroes come to life on the big screen portrayed by mere humans will get you thinking what kind of serum or military tests were performed on these people that they look like real-life superheroes.

You’d be surprised at what these Marvel actors had to do to look swole for their roles. But that’s not to say you can’t do the same things they did.

How 10 MCU Actors Physically Prepared for Their Superhero Roles

While RDJ’s character, Tony Stark, is known for being eccentric and a genius, we can assure you that working on an Office 365 backup restore or making upgrades to his techy man cave is not his idea of a workout. RDJ is a self-proclaimed yogi who has worked with yoga teacher Vinnie Marino that led him through some power yoga flows. Downey, Jr. claims that yoga has helped him not just stay in shape physically, but also has improved his well-being that has kept him on the straight and narrow.

Chris Evans has always been in great shape. He was already ripped when he took on his first superhero role as the Fantastic Four’s Johnny Storm, a.k.a. The Human Torch, in the early 2000s. However, for his MCU role as Captain America, Evans had to put on more weight. He has been consistently hitting the gym for the past decade. What’s surprising about his workout is that it’s simply alternating days of compound lifts and circuits with abs and cardio.

Another Chris on the list is Australian actor Chris Hemsworth who took on the mantle of the Asgardian god of thunder, Thor. Hemsworth is already a huge dude to begin with, but for his role as Thor, he alternates bodybuilding and heavy weightlifting with light and resistance training. It is also worth noting that he had to load up on a lot of chicken breasts and fish with generous servings of brown rice, veggies, and sweet potatoes. 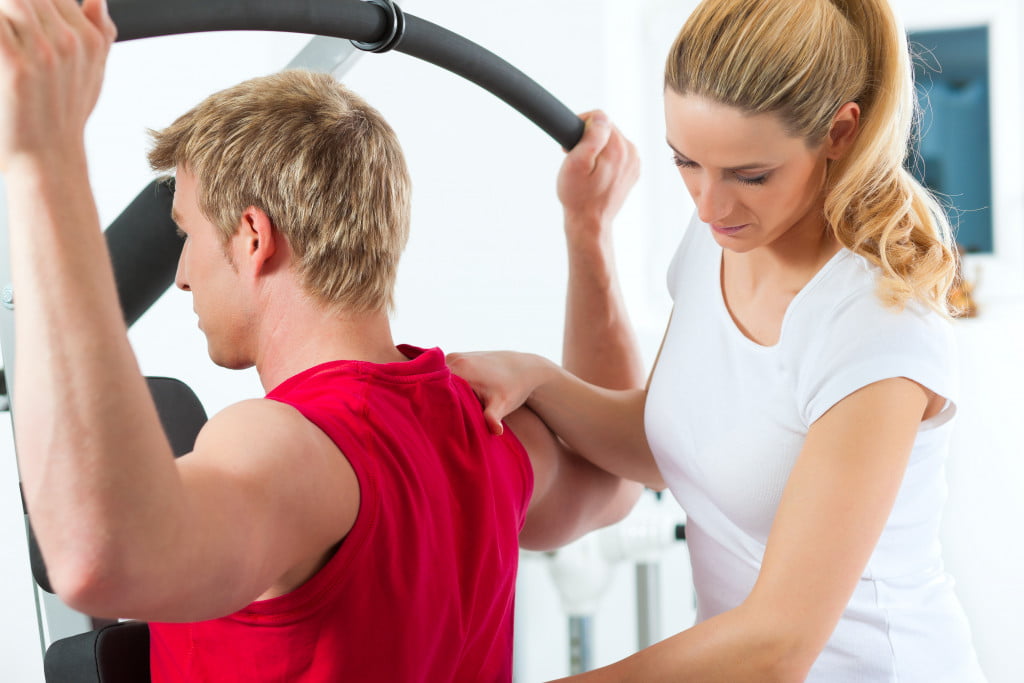 Chris Pratt had the most dramatic physical transformation among all the Chrises in the MCU. He went from an overweight comedian to being the buff and totally ripped Star-Lord (and still a comedian). He lost 60 pounds (27.22 kilograms) in six months by working out 3 to 4 hours for each of his four-to-six-sessions-a-week routines. He also took up swimming, boxing, kickboxing, running, and P90X on top of his time in the gym.

When Scarlett Johannson found out that she was donning the black catsuit Black Widow is famous for, she knew she had to kick some serious butt in the gym. Her trainer made sure of that by giving her a seven-day weekly program of circuit training on top of her MMA and weapons-handling training to make her role convincing. Her diet consisted of a lot of fruits and veggies, complex carbs from oatmeals, and plenty of lean proteins for muscle growth.

Larson was cast as Captain Marvel years before fans found out about it in 2016. But it only took her around 9 months of intense preparation before the cameras started rolling. Her trainer got her deep into heavy progression and did tow-a-days with her on a four-day weekly training program. Larson put in all the hard work of working out, getting proper nutrition, recovery, and enough rest to make her role as one of the most powerful superheroes in the universe more convincing.

While exercise is an important thing to achieving that superhero physique, what you put in your body is equally important. Olsen, who played the Avengers’ powerhouse Scarlett Witch, is focused on body composition through proper nutrition. She completely took out gluten, dairy, and yeast from her diet and put in 7 to 8 meals made up of lots of fruits, veggies, chicken, and fish. Not having a cheat day of some sort may be difficult for us mortals, but Wanda is no ordinary human being.

Paul Rudd has been a pleasantly surprising fit for the role of Scott Lang, a.k.a. Ant-Man. His young and youthful appearance can be attributed to his 3-part circuit workout and plenty of work on his arms, chest, and abs. He also says that taking the fun out gets you in great shape. We can only assume that he’s talking about junk food, red meat, and sweets. Well, to be in his 50s and look at least 20 years younger is not a bad tradeoff, wouldn’t you agree?

Holland is perhaps the youngest actor to put on the famous web-slinger’s suit and mask, but that doesn’t mean that his teenage built isn’t a fit for his character. Holland didn’t just want to do great in the role, he also wanted to look the part. He put in some serious work in the gym and got into boxing. The workout has been quite helpful, especially when it comes to doing fight scenes.

And lastly, we have the late Chadwick Boseman, whose portrayal of Wakanda’s king and protector, the Black Panther, made us do a serious double-take. The live-action T’Challa seemed to jump right out of the comic book pages with his spot-on portrayal and outstanding agility and physique. Boseman was slightly coy when asked how he prepared for his role, only saying that he was focusing on strength and flexibility. What’s even more amazing is that after his death, we were all surprised to find out that the entire time he was working with MCU, he was already fighting the most dangerous battle of his life.

While we won’t be seeing much of these actors in the next phase of Marvel’s movies, we can look forward to seeing a lot more talented and ripped artists represent comic book characters we grew up with.