During the pandemic, face coverings became a necessity. As the virus spreads across the world, one of the recommendations from public health experts to minimize the risk of infections is to wear masks. Studies have proven that, contrary to initial beliefs, SARS-CoV-2, the virus that causes COVID-19, is airborne. It is mostly transmitted through contaminated droplets and aerosols ejected by a person by coughing, sneezing, talking, and breathing. The best way to protect yourself, and others around you, is to maintain social distancing and wear a mask.

Although washable cotton masks offer some level of defense against COVID-19, it was not the most ideal. Outside of healthcare workers, regular folks also started buying and wearing surgical masks, too, which filter respiratory droplets that may contain the virus and stop it from leaking out. However, while effective, they create a problem that the world will have to deal with for many years to come.

Garbage in the Oceans

The Atlantic Ocean, the second largest in the world after the Pacific, is home to many diverse marine creatures, including in its deepest depths. One cool fact about the great Atlantic Ocean is it is home to many well-known species, including the great white shark. These sharks are the largest predators in the oceanic waters, and they feed on fishes, seals, sea turtles, sea lions, and other sharks. They can live up to 60 years and can grow up to 6 meters. The highest populations of great white sharks have been recorded off the coast of Gyer Island in South Africa, but their numbers are also growing in the U.S. after years of decline.

However, the creatures that exist peacefully in the Atlantic Ocean and all the bodies of water around the world are being threatened.

The Atlantic Ocean has its own Garbage Patch and one located within the Sargasso Sea. Every year, the entire world’s population produces 200 billion pounds of plastic, and an estimated 10% of it does not get recycled or disposed of properly. They end up in the ocean.

Dubbed the North Atlantic Garbage Patch, scientists believe that the collection of debris has a density of about 200,000 pieces of trash in each square kilometer. Worse, cleanup is a challenge. Some experts warn that a massive filter that will remove the trash will also pick up small creatures in the process. It may do more harm than good because it will disrupt the natural balance of the ecosystem.

However, leaving the Garbage Patch alone is not an option, either. Plastic does not biodegrade; they break into smaller and smaller pieces until they can no longer be seen by human eyes. They enter the food chain as aquatic animals begin to accidentally consume them.

Pretty soon, the face masks, gloves, and other protective equipment that people used to protect themselves against the virus will also likely enter the world’s oceans and join the North Atlantic Garbage Patch. 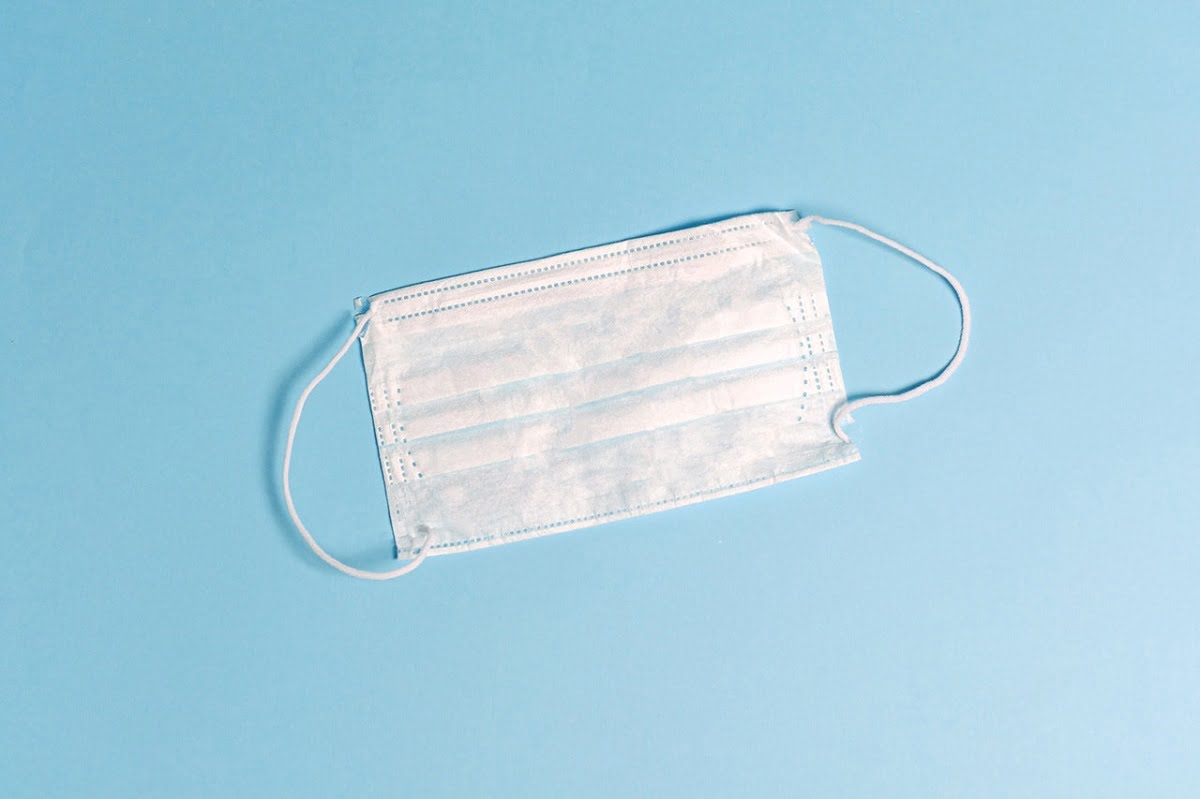 Conservationists started to sound the alarm on what they call the “covid waste” back in 2020. Soon after a pandemic was announced, people started wearing disposable face masks and latex gloves.

Opération Mer Propre, a non-profit, reported that their divers discovered dozens of gloves, masks, and bottles of hand sanitizers beneath the waters of the Mediterranean. By then, the problem was not enormous yet, but they worried that it would lead to pollution as the pandemic continued to rage.

A year later, similar things have been observed in the Pacific Ocean.

OceansAsia, a marine conservation organization based in Hong Kong, revealed that 70 masks were found in one survey of a nearby uninhabited island called Soko. Every time they come back, they find more and more masks washed up on the shore, some of which were shredded which could mean that a sea creature has attempted to eat them.

Underwater, it would be easy for predators to mistake these masks for jellyfish swimming. The elastics on the sides that are used to loop the masks on the ears may also entangle smaller animals.

OceansAsia estimates that, in 2020, about 1.56 billion disposable face masks entered the world’s oceans. It will take 450 years for the trash to break down into microplastics.

Moreover, in the past year, as a precaution, many people also increased their consumption of single-use plastic. The plastic packaging used for take-out meals and delivery services is also expected to end up in bodies of water due to improper waste disposal and lack of recycling.

COVID-19 is a threat to public health and the environment. The measures that people adopted in order to protect themselves and their loved ones from the virus that continues to spread are causing a garbage problem that will persist for hundreds of years if no intervention is made.